Here we go. There were two major red carpets yesterday. We are going to start with my rundown of the best dressed at the BAFTA Awards. The British version of the Academy Awards is usually a really chic red carpet, and last night was no different. I won’t lie when I say that I was […]

Earlier this week I had given up on waiting for the 2019 BAFTA Awards presenters to be announced. I honestly was quite content with not worrying any more about it. Then in one fell swoop they released a large list of presenters for the event and I was blown away with the caliber of star […]

Earlier I put my wishes out into the universe for the ladies nominated for Best Actress at this years Academy Awards, and Best Actor nominee Rami Malek, to wear on the red carpet at the Oscar Nominees Luncheon next Monday. Now it is time to celebrate the five beautiful women who are nominated for Best […]

I am super far behind on my wishes for tomorrow nights Critics Choice Awards. So with that being said I don’t want to rehash the same ideas that I have written in the headers for the last eight posts and just get right into my wishes. Elizabeth Debicki is part of the cast of nominated […] 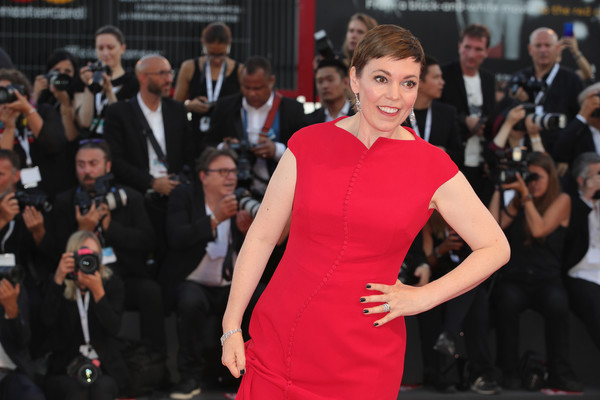 We are now officially less than a week to the 2019 Golden Globe Awards and I am getting more and more excited about what the red carpet will bring as each day passes. The group of stars nominated this year is fantastic potential for major red carpet moments and on top of that there are […]

Awards season is just about here. It gets it’s unofficial kickoff with the 2019 Palm Springs Film Festival Black Tie Awards Gala Thursday January 3, 2019. While this red carpet isn’t one of the biggest during awards season the honorees usually bring their A-game to the red carpet. The last two years this red carpet […]

Before I get into my wishes for the first red carpet of the year, the Palm Springs International Film Festival Black Tie Awards Gala, I have some wishes for a red carpet that will take place after the Golden Globes. The National Board of Review Awards are handed out in January, but to honorees that […]

I hope all of you had a great Christmas and are recovering nicely from your food comas. Today I finish my wishes for the 2019 AFI Awards. This red carpet just might be one of the most casual events of awards season. The AFI Awards luncheon is one of the red carpets where I don’t […]

Much like the ladies nominated for Best Actress in a Limited Series or Movie the women nominated in the supporting category all are ones to watch on the red carpet next Sunday. I have a feeling that with how great the red carpets and runways have been recently I am expecting the red carpet at […]