According to Screen Daily when it came to first features there were a couple of UK features that seemed to be in post-production and ready to screen at this years Cannes Film Festival prior to the quarantine. One of these films was Stacey Gregg’s Belfast-set drama Here Before, starring Andrea Riseborough as a bereaved mother. […] 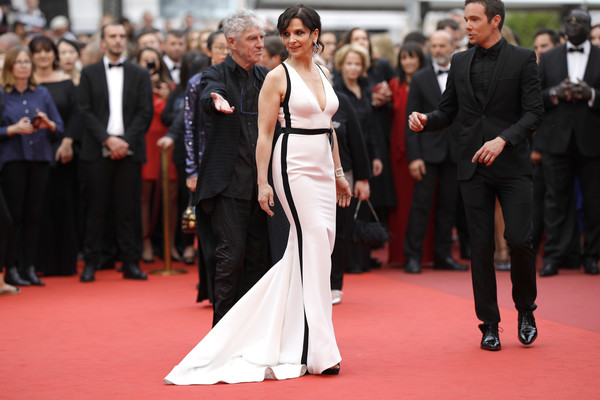 Today we start a very quick four day break from awards season to talk about the red carpets at the 2019 Berlin Film Festival which kicks off in about a week from now. It will kick off with the premiere of Lone Scherfig’s The Kindness of Strangers. When it comes to the various film festivals […]

I have said that I am fearful of what stars will wear on the 2018 Met Gala red carpet with the theme being “Heavenly Bodies: Fashion and the Catholic Imagination.” That could lead to some majorly offensive cultural appropriation, but I am also really excited. We tend to see stars stick to the theme, but […]

Today is the last day if my 2017 End of the Year Style Awards! Where has the year gone? I know that you guys are eagerly awaiting my Best Dressed of the Year list, but before that happens I have to get one thing out of the way. Unfortunately not every look on the red […]

Well after praising Anne Hathaway yesterday for being my Most Improved, I have to give my Most Disappointing award. This years award goes to Andrea Riseborough. The British actress used to be a favorite of mine when she showed up on the scene in 2011 wearing Christian Dior Couture at the “W.E.” premiere during the […]

One of my Ones to Watch in 2012 was Andrea Riseborough and for the most part she didn’t let me down but this year she has had several questionable looks and her makeup artist hates her with a dying passion. I am hoping everything works out for when she makes her red carpet appearance for […]

Amy Adams has been looking really pretty on the red carpet as of late but in very simple designs. I think that this Roland Mouret Pre-Fall 2013 gown would be absolutely perfect for Amy and the BAFTA Awards. This gown is great for the gold night London weather. Pair this with a black clutch, and […]

Andrea Riseborough was one of last years winners of the ‘One To Watch’ in last years End of the Year Awards after making a huge splash on the red carpet wearing amazing couture creations last year whilst promoting Madonna’s film ‘W.E.’ in which she stared. Although we have not seen much of Andrea this year […]