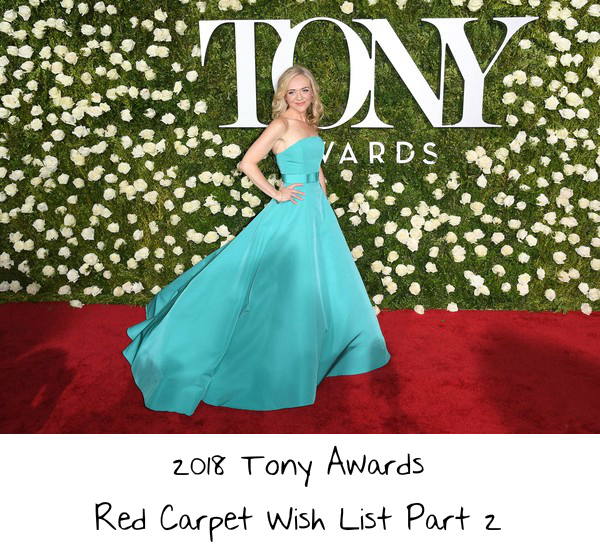 There are so many stars going to the Tony Awards this year that I had no choice but to double up and post two sets of wishes a day. What I have loved about the Tony Awards red carpet in recent years is that, thanks to Vogue, that they help bring some of the Broadway […]

There are a whole host of famous faces that are set to attend the Grammy Awards this weekend, and a bit of an eclectic group at that. You might look at me a little lopsided when you find out that comedian Amy Schumer is actually nominated at the Grammy’s, for Best Spoken Word Album (for […]

And now that the nominees are covered it is time to move on to the presenters for this years Golden Globe Awards. There have been very few times that I have actually liked what Amy Schumer has worn on the red carpet, actually only her Alexander Wang gown at the Met Gala comes to mind. […]

The 2016 Emmy Awards are just over a week away and I am excited to see what the biggest night in television is going to bring. The red carpet can be very different from top label couture to things that should never see the light of day. I am hoping that all the stars nominated, […]

Amy Schumer is one that I usually bypass on the red carpet. She has been stuck in what I call the “Lena Dunham Syndrome” where she has to figure out the types of looks and poses that flatter her figure, and she just hasn’t done that yet. For the 2016 Golden Globe Awards next Sunday […]

Sunday night are the 2015 Hollywood Film Awards, the kickoff of the race to the Oscars, and I gotta say that I am extremely excited to see what all the stars will rock on the red carpet. What I love about the Hollywood Film Awards is that they announce honorees and its one of the […]