Sunday night in London the biggest names in Hollywood will descend upon the Royal Albert Hall for the 2020 BAFTA Awards. I have to say that after getting a list of the presenters I am super excited for this years red carpet. “Sustainability is very important to BAFTA, and we’re doing more than ever before,” a BAFTA spokesperson told Harper’s Bazaar. “The goal is that the EE British Academy Film Awards 2020 will be carbon neutral, working towards having a net positive impact on the environment. From travel and food, to branding and materials, BAFTA is ensuring the awards are as sustainable as possible.” That idea has pushed to the red carpet as well. The Duke & Duchess of Cambridge were asked to “dress sustainably” and quickly it went to everyone. So I decided to have fun with these wishes and do things a little differently than normal. Every look from this list is a wish for someone to re-wear something they have in the past, wear a vintage (or nouveau vintage), off the rack, archive runway, or from labels who are lauded as having sustainability as part of their core mission. Honestly I think this might be my favorite set of wishes. I raided the online vintage shop Shrimpton Couture (who has loaned out some of the best vintage for stars including Tracee Ellis Ross, Naomi Campbell, Emily Deschanel, Kate Hudson, Busy Phillips, & more) because owner and curator Cherie Balch has some of the most amazing gowns. I also found “second hand” gowns from The Real Real and 1stDibs. When it came to the re-wear’s I’ve picked it was super easy choices there as each of the looks I want to see worn again are some of the looks that I immediately think of when I think of those ladies. Overall I am really intrigued to see what will happen on this red carpet.

Catherine, Duchess of Cambridge to rewear Gucci first worn for the 100 Women in Finance Gala in 2019 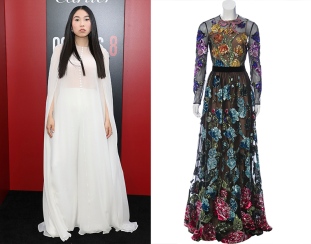 Awkwafina to wear Gucci from The Real Real 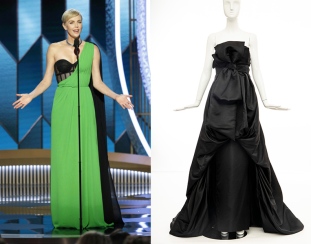 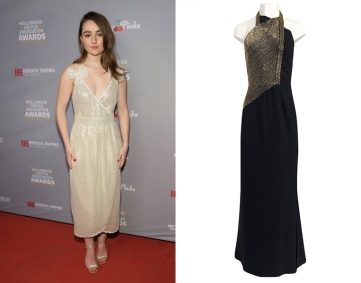 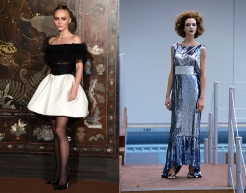 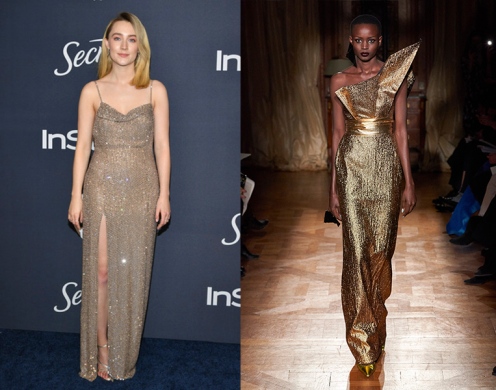 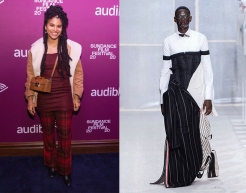